Get to know orchids, richness of Colombia’s regions 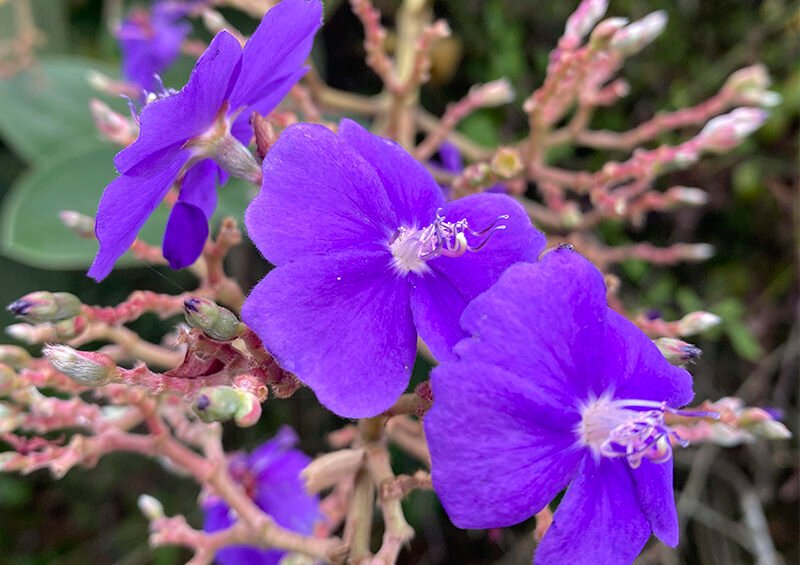 Colombia is the country with the most types of orchids in the world. It is not surprising that the Cattleya flower, commonly known as May flower, is considered our national symbol. This orchid, native to Colombia, has a great variety of shapes and colors, and is a sample of the biodiversity that exists in a unique country.

Of the 4,270 orchid species registered in Colombia, 1,572 are endemic. In addition, 274 orchid genera are distributed in the different regions of Colombia. What is the reason for this privilege? Mainly due to the country’s geographical position in the northwest of South America and its environmental diversity.

You may also be interested in the following article: Discover the best places for rural tourism in Colombia

Flowers that enhance the regions of Colombia

Orchids of different colors, smells, shapes, textures and sizes grow in the different thermal floors of Colombia. Their surprising beauty accompanies from the tropical jungles, the humid forests, to the most everyday places of the country.

Although orchids are present in all regions of Colombia, the Andean region is the area with the largest number of endemics. According to the Plan for the Study and Conservation of Colombian Orchids, 2,542 orchid species are cultivated in departments such as Antioquia, Boyacá, Caldas and Cundinamarca.

In second place is the Colombian Pacific, where 533 species of orchids adorn the department of Chocó, as well as the coastal areas of Valle del Cauca, Nariño and Cauca. Meanwhile, in the Eastern Plains, 143 species of orchids are part of one of the best landscapes and sunsets in Colombia.

This orchid endemic to Colombia, also known as cattleya candida, has light pink, almost white petals and sepals. Its labellum has the other three colors: mauve (lilac) on the tube, yellow on the throat and a purple spot on the disk. Unlike other orchids of this species, its flowers are half-open and slightly inclined, and have an exquisite aroma.

Acacallis cyanea, purple orchids that are born in the Amazon

These orchids grow only in the humidity and heat of the Amazon rainforest and in the Eastern Plains. They are usually found at the edge of rivers where part of the plant is covered with water, with only its blue-violet flowers and petals showing only blue in the sunlight.

This small-sized plant is part of the Dracula genus, which includes 118 species of the most curious orchids. Each stem develops a large, thin, beak-shaped leaf, which when seen as a whole resembles the face of an ape. They are found very close to streams and very close to the ground, as they need high levels of humidity to stay hydrated and with the flower open.

Odontoglossum naevium, orchids that grow in the Colombian Caribbean

These white orchids, belonging to the genus Odontoglossum which comprises some 300 species, have a myriad of intergeneric hybrids. Their flowers are incredibly showy due to their round crimson or reddish red spots that are distributed over their tepals. They are exclusive to cloud forests and mountains at high altitudes, for this reason they are found exclusively in the Sierra Nevada de Santa Marta.

If you want to book some of our amazing tours, click HERE

This small to medium sized plant is found in the Orinoco region, including the northern Amazon region. It is considered an epiphytic orchid, that is, it grows on another plant or object using it only as a support. They are known as swan orchids, because they look like a small swan with folded wings and a long neck curved backwards.

Its name nodosa, means “with nodes” and refers to its white flowers articulated in parts, which grow on erect or pendulous clusters and are adapted to live in variable environments from humid to dry. It is also known as “lady of the night” because it gives off a very strong citrus fragrance at night.

Discover the amazing beauty of orchids and in turn, the biodiversity of a unique destination like Colombia.

Colombia is not only home to 10% of the world’s flower diversity, but also has the largest number of orchid varieties. 1,572 of the 4,270 species that decorate our country are only found in our regions, and they are the perfect companion to discover every landscape and experience that Colombia has to offer.