Fun Facts about the Kogui Culture 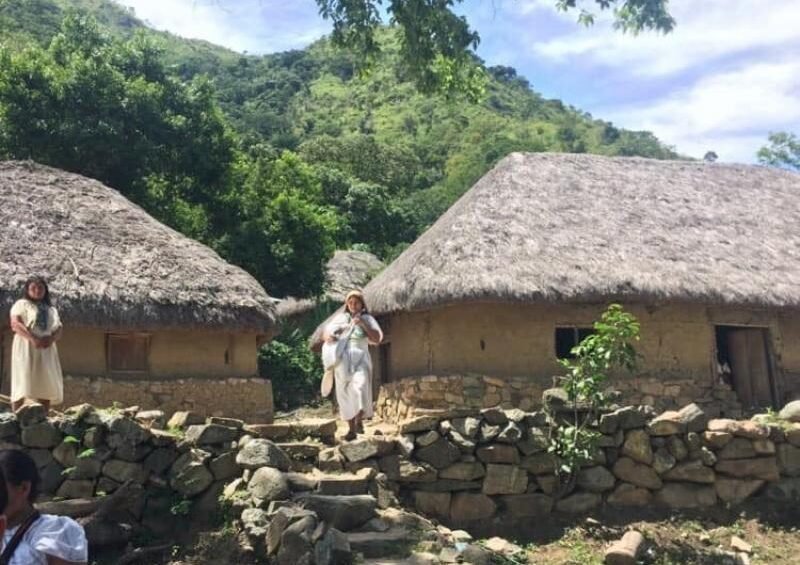 The Kogui people live in Tuteca, on the northern slope of the Sierra Nevada de Santa Marta, in Colombia, specifically in Guatapuri, bordering the Don Diego, Palomino, San Miguel and Ancho rivers.

The Koguis are distributed in different municipalities of La Guajira, Cesar and La Magdalena. It also shares territory with other regions such as Arhuaco, Wiwa and Kankuamo. It is estimated that the Kogui population has approximately 9,911 inhabitants.

The Kogui people are one of the most remarkable resources that Colombia has. Since it is part of the ecological diversity, it is represented as a symbol of protection of water and natural species, this group of indigenous people fight for the conservation of the environment.

You may also be interested in the following article: Discover the best places for rural tourism in Colombia

Political and social organization of the Kogui

As for politics, for the Koguis the Mamo is the most representative figure within society, it symbolizes power and authority. This group, together with the town commissioners, establish laws and regulations that streamline administrative processes within the town.

The so-called Mamos elected a ruler with the intention of creating a political body that would be in charge of establishing communication mechanisms between the Kogui village municipalities.

Likewise, the Mamos were in charge of carrying out marriages in couples, where they established certain parameters to be able to carry out the ritual. This figure was opposed to the breakup of the marriage.

Regarding the social, the family is the fundamental basis of society, which must be structured by the husband, the wife, the sons and daughters. In the event that the daughters have married, they must live with their husband and children within the same space.

People of the Kogui ethnic group tend to get married very young, approximately from the age of 14 they can already get married, form their home and have children.

It is a language that has its origins in Tehizuna, it comes from the Kawgian word, this language belongs to the Chibcha and Tayronas family. Approximately 10 thousand people speak the language.

Its economic base is agriculture, this activity is protected by its habitat, since it has large lots of land suitable for cultivation, favored by its ecological soils, it also has mountainous areas that contribute to the variety of products for daily consumption. .

They also practice livestock, raising birds such as hens, chickens, turkeys, roosters, quail, as well as lambs and pigs. These animals are very well cared for and fed to later be sold in the town markets.

Some Kogui women weave backpacks in different colors, where each color has a meaning according to their lineage. These fabrics are sold in alternate markets outside the region.

Among their customs music stands out; With it, they manage to transmit the most important events of the nature of their towns and take the culture of indigenous peoples to other regions.

Another relevant custom is the dance; The Kágaba perform dances and rhythmic rituals with great meaning, since each one of the steps transmits the essence of the life that their ancestors led.

These dances were also done in honor of the Mamos who have a valuable role within the Kogui communities. Among their dances are those of the rain and those of the sun.

Among the Koguis rituals, the praise offered to the life of man stands out; In this ceremony, thanks are offered to Mother Nature for contributing to the physical and emotional development of the individual. This event is sometimes led by the Mamo.

On the other hand, it is possible to mention some tasks and activities that are highlighted as Kogui culture, which are weaving, architecture, the coffee farm and the waterfalls of living water.

Within the work of weaving, they took as a custom to weave a hat in a pyramidal shape, only used for indigenous people who study high school or for the Mamos when they hold an assembly.

If you want to book some of our amazing tours, click HERE

The Koguis live in simple houses with reduced space, built of mud, stones, sticks, sand and palm. They are cabin type, usually circular or rectangular in shape. These dwellings were built near trees and lakes.

The way of living of these indigenous people is very different from that of other ethnic groups, since the women and children lived isolated from the men, that is, a cabin for each one.

Some koguis lived in structures in the form of a temple, these houses were built with resistant materials and were inhabited by wealthy families. The hamlet where the most powerful families lived was far from the most vulnerable.

It is important to note that some temples were intended for the concentration of Kogui men, where a series of assemblies were held in order to establish initiatives for the community.

The older inhabitants wear pieces woven by themselves, in neutral colors such as white and threads of resistant material. His designs are based on nightgowns and wide pants tied at the waist.

Some women wear dresses, which consist of a white cotton fabric, which they cover on the body along with a belt or cord to hold it. In clothing pieces they almost always use the color white, since, for the ethnic group, this color represents the neatness and simplicity of mother nature.

Instead, the young Kogui wear a white cotton robe, some wear shorts and a round neck nightgown. They wear sandals as footwear, some go barefoot.

The Kogui inhabitants have a great consumption of the cob, most of the gastronomic dishes are made from corn. They also use potatoes and cassava as a complement to their meals.

The food is varied, since it is according to what each family grows on their land. Some grow grains, beans and quinoa, others bananas and cassava, therefore, they do not have a fixed plate for their meals.

Training for the Kogui ethnic group is very important, due to the fact that it is based on their culture and their habitat. It is essential that the child or young person learns about their language, culture, customs, as well as how to protect their environment.